Welcome to WWW Wednesday! This meme is hosted by Taking on a World of Words. The idea of this meme is to answer three W questions, which are: What are you currently reading? What did you recently finish reading? What do you think you’ll read next? *Note. Click on the book’s title to check it on Goodreads.

So nothing has changed with my three month long reads as I’m still on page 23 of The Hunchback of Notre-Dame by Victor Hugo. The same with A Heart So Fierce and Broken (Cursebreakers #2) by Brigid Kemmerer, still on page 254. Still 17% into the story of Alien Minds (Dimension Drift #1) by Christina Bauer. And still 25% in The Aviary (The Uncaged #1) by Emily Shore. There has been no progress made with these four books because I haven’t really been in the mood to read them and I have quite many ARCs to get trough, but I’ll try to finish at least couple of them soon. 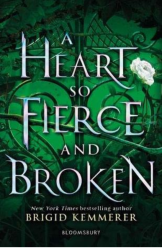 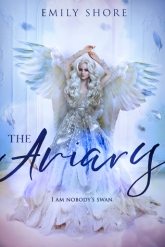 A few days ago I started reading a historical romance An Unsuitable Lady for a Lord (Scottish Lords and Ladies #1) by Cathleen Ross. I’m 22% into the story and I hope to finish it today, but so far I’m quite disappointed in it, let’s hope it gets better.

Lord Aaron Lyle has one hell of a choice: a bankrupt dukedom, or marriage to some simpering society miss so his spendthrift father can get his hands on her huge dowry. He won’t do it. He has a reputation to maintain, and besides, he’d rather run naked through the streets of London than marry anyone at all. Surely, there must be a third option.

Then Lady Crystal Wilding walks into his life, a bluestocking, full of subversive thoughts, who hates the notion of marriage even more than he does. He is intrigued…and, suddenly, he has an idea. He invites the totally unsuitable lady home on the pretext of presenting her as a possible match…but in truth, Aaron has something far more pleasurable in mind. For her part, Lady Crystal has her own reasons for going along with his harebrained scheme.

Imagine their shock when his highly proper family loves her and starts planning the wedding. Good lord. Now what?

Since last Wednesday I have read four books, I would have loved to have one or two more books to this list, but four is still a good number 🙂

So last Wednesday I put aside all my other books, so I can devour the new release of a YA paranormal romance with vampires, werewolves, witches and other supernatural creatures – Crave (Crave #1) by Tracy Wolff (4.5 stars). I must admit I read this novel in one sitting, which means I was up all night as I started reading the book quite late in the evening, basically I went to sleep at 8 AM. That’s how much I enjoyed it.

My whole world changed when I stepped inside the academy. Nothing is right about this place or the other students in it. Here I am, a mere mortal among gods…or monsters. I still can’t decide which of these warring factions I belong to, if I belong at all. I only know the one thing that unites them is their hatred of me.

Then there’s Jaxon Vega. A vampire with deadly secrets who hasn’t felt anything for a hundred years. But there’s something about him that calls to me, something broken in him that somehow fits with what’s broken in me.

Which could spell death for us all.

Because Jaxon walled himself off for a reason. And now someone wants to wake a sleeping monster, and I’m wondering if I was brought here intentionally—as the bait.

Next I read ARC of dark mafia romance with arranged marriage and hate-to-love trope – Blood Always (The Five Families #3) by Jill Ramsower (4.25 stars). *Note. All books in this series can be read as standalones. Check out my review here.

It was supposed to be business.
Two families, one wedding, zero emotion.

My father’s mafia outfit had saved my life.
I owed them everything.
An arranged marriage was hardly a sacrifice when I would have already been long dead had it not been for them.

I would give up my independence for the Lucciano Family.
I would bind myself to the man whose family tore my life to pieces.

Matteo De Luca was vicious claws sheathed in refinement and class.
He saw my untamed independence as a challenge.
I saw his alluring authority as a threat.

There was a ruthless storm that raged in his oceanic gaze. A majestic tidal wave of temper and domination looking to break on my rocky shores.
He would annihilate me.
Rip open my layers until all my pretty secrets were scattered at his feet.

The worst part? I wanted to experience whatever it was Matteo had to offer, and I hated myself for it.
I wanted to launch myself at him.
To kiss him. To kill him.
To end the debilitating torture of the unknown.

The moment our paths collided, our lives were altered irrevocably.
Taking us from enemies allied by a strategic marriage to something dark and consuming.
Something that tasted like obsession.

**Book 3 in the series but can be read as a standalone.

Warning: There is a very small trigger warning on this one, so if you are a highly sensitive reader, this one might not be for you.

Afterwards I read an ARC of YA paranormal romance with vampires and witches – Dark Secret (Darkhaven Saga #1) by Danielle Rose (3.5 stars). I liked the story, but the book could have been better if there was more depth and characterization added. You can find my review here. 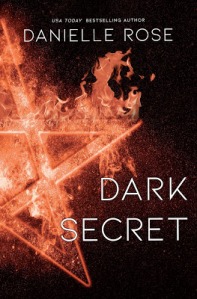 There’s no wrath like that of a witch scorned.

Seventeen-year-old spirit witch Ava López is the self-appointed guardian of the witches and humans of Darkhaven, an idyllic village nestled between the forest and the sea. Her watch: vicious and bloodthirsty vampires.

Ava is a novice in the eyes of her coven. If she expects to protect them and the secrecy of their powers, she must gain better control of her own. When a full moon ritual goes awry, control may be lost forever, and Ava is exiled from her coven. Forced to seek refuge among the beings she had always sworn herself to hunt, she vows revenge on those who have upended her life.

But the more time Ava spends away from her coven, the more she discovers a startling truth: the witches haven’t been honest with her. Ava’s quest to strip the truth from everything she’s ever known begins with the toughest realization of all—coming to terms with who she has become.

My last but not the least read was an adult paranormal fantasy ARC with vampires – Impervious by Zoe Allison (4.25 stars). My review for this book is coming tomorrow, but I was very entertained by this story for the most part. 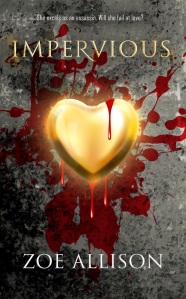 She excels as an assassin. Will she fail at love?

Vampires are real, existing alongside regular humans as a secret subspecies. The malevolent of their kind exploit their powers and immortality at the expense of their human counterparts. The Organization, a league of benevolent vampires headed up by the anonymous Mr. X, works covertly to keep this threat in check. Amber Ridley is the company’s top agent, unique to the team as the only human working alongside her vampire allies. She is an ‘Impervious’, a rare human with powers that can be used against the malevolent.

When Amber’s latest mission takes her back to the UK to work with her close companion Valentino, she meets his old colleague Hayden Knight. Hayden is infamous to Amber as the man who betrayed their organization and abandoned her friend Valentino in the past. She dislikes Hayden instantly, and his arrogant, cold demeanor does nothing to aid this.

Amber and Hayden are forced to work together on The Organization’s most important mission to date, and they must put aside their differences to take down the menace that threatens the very existence of their group. Amber must put her trust in Hayden, but is she impervious to love?

Reader advisory: This book contains scenes of violence, injury and death. There are brief references to sex work, drug use, addiction, parental neglect and physical abuse.

My next read is problably going to be an ARC of a dark paranormal reverse harem romance – Moonchild (Dark Moon Prison # 1) by Cara Wylde.

I don’t know who I am, nor why I’ve been imprisoned. They want me to confess, but I can’t remember doing the atrocities they’re accusing me of, so I keep silent instead. They hate my silence.

They call me Wisteria because of my purple eyes, and they’ve vowed to make me talk. Officer Stone uses every cruel trick he knows. Father Rivera says he’s a man of God, but his eyes betray him sometimes. Warden Green is the only one who’s kind to me when he doesn’t let himself be consumed by his own darkness.

I feel drawn to the three Alphas, though I should know better. If the corrupted system doesn’t break me first, these powerful, twisted men will.

Author’s Note: This book contains dark themes and possible triggers. It’s intended for mature audiences only. Read it at your own risk.

Let’s chat: What books have you recently read, are currently reading or plan to read next? You can also share your WWW post link here in comments 😉 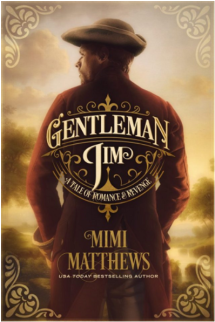 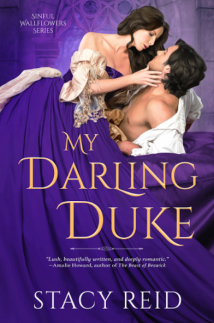 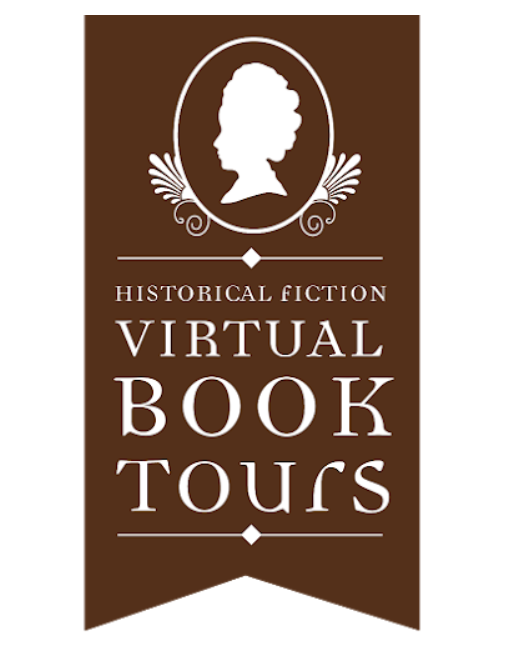 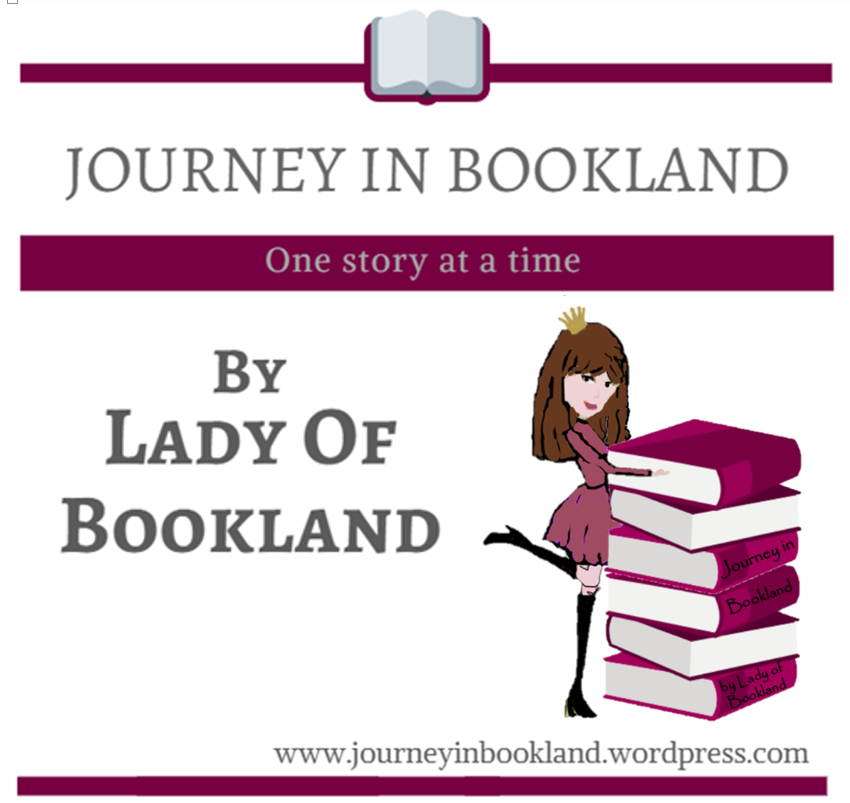